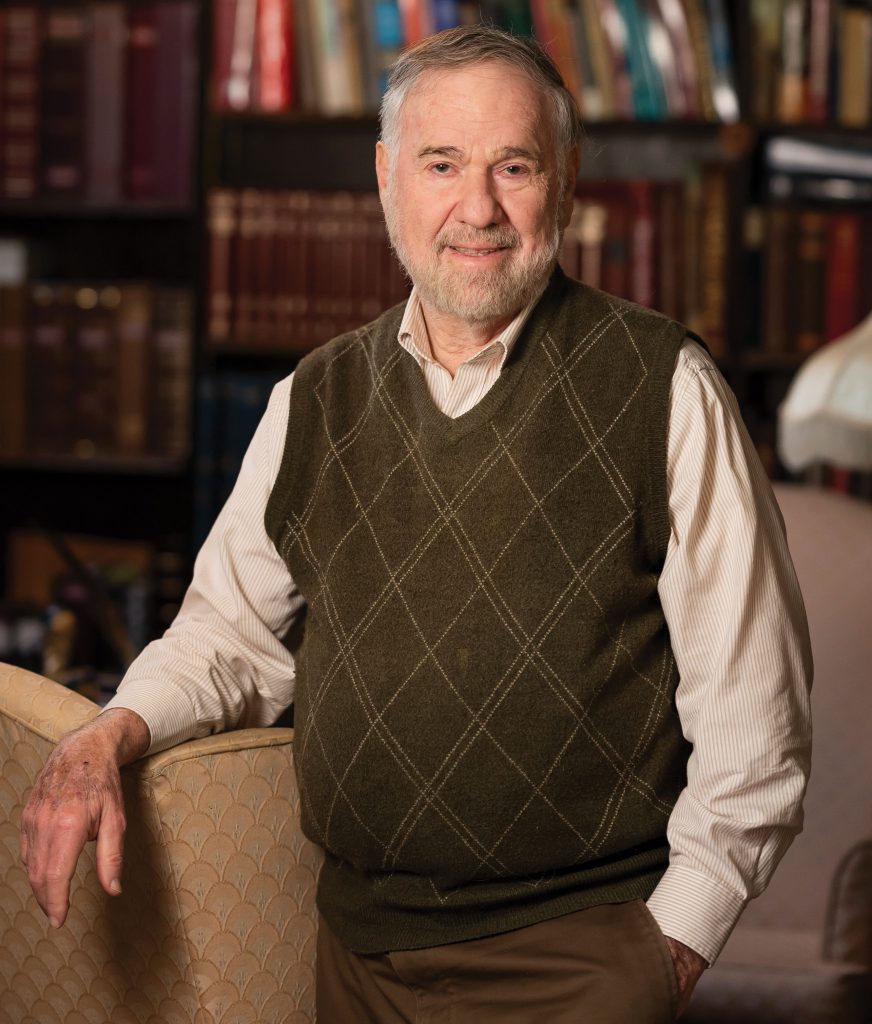 Have law professors become unduly obsessed with scholarship to the detriment of their obligations to their students and the legal profession? It is a question too seldom broached in education. Why mess with a good thing?

But it was raised by Prof. Ken Lasson over three decades ago — in the Harvard Law Review article “Scholarship Amok: Excesses in Pursuit of Truth and Tenure,” 103 Harv. L. Rev. 962 (1990). Paradoxically, the article is a scholarly feather in Lasson’s cap — no Baltimore colleague has adorned the pages of that journal since, though hope springeth eternal.

But being first, or at least earlier than most of us, to some of the most significant issues in legal education, and the academy as a whole, has been a hallmark of Ken’s career. Are speech codes for students constitutional, or even a good idea? What reasonable person could possibly question regulation of offensive speech? Can religious defamation be regulated? Is Jonathan Pollard being punished too severely, and why?

Ken is true-blue, through and through a Baltimorean. He’s a stalwart Orioles fan who wore his ornithologically incorrect Orioles cap during the years that he was the skipper of the law school’s softball team — our “Earl” of Baltimore, if you will. He received his A.B. and M.A. degrees at Johns Hopkins University and his J.D. from the University of Maryland School of Law. While most of his colleagues needed time to become acclimated to the charms of Charm City, Ken has been a lifelong booster of our community.

Before coming to the University of Baltimore School of Law, Ken taught at Loyola College of Maryland, was a guest scholar at the Brookings Institution and a consultant to Ralph Nader’s Center for the Study of Responsive Law. Before and during his decades at Baltimore Law, Ken has served with many local civic and religious organizations.

When I met Ken over four decades ago, he told me pointedly: “I guard my writing time very closely.” And a damn good thing! In his scores of books and articles, he has written only about things that he felt mattered — and most of the time, they have. He has authored 12 books. When I first joined the faculty, in a year I hesitate to say out loud, Ken had just published Private Lives of Public Citizens, about the personal lives of public employees. Some of its passages describing the day-to-day lives of his subjects are vivid to me today. He published a book with Sen. William Cohen, Getting the Most Out of Washington. He has published approximately two score articles in scholarly journals and a similar number of op-ed pieces in local, national and international media.

Although I suppose that over the decades the zeitgeist of the faculty has been the persona of our Kingsfield, Royal Shannonhouse, Ken has personified a gentler approach. Seminars, focused on diverse areas of the law, where students have been free to develop their writing skills in areas stimulating to them, have been his primary focus. Indeed, in retirement, he will continue to teach the seminar closest to his heart, Civil Liberties.

Perhaps Ken may best be described as a cheerful contrarian. And while contrarian is not readily associated with the tenets of Orthodox Judaism, Ken has even assessed his faith in accordance with his nature. Most people have been indoctrinated that Hebrew National “must answer to a higher power.” Yet most religious Jews will not eat their hot dogs. One of Ken’s most nervy campaigns has involved his contention, in word and deed, that such hesitancy is rooted not in scruples about the validity of ritual slaughter, but in economic and other less noble motives. And yet, in his faith, he has also demonstrated great generosity to his friends and colleagues. He has regularly extended hospitality to colleagues on religious holidays. Full disclosure — in my own journey from ally to adherent of Judaism, Ken has been a gentle and understanding mentor.

He has been a caring friend to so many of us, as he will continue to be. We wish him and Barbara much nachas from both the domestic and international branches of his family. No doubt we will be hearing from him, sometimes where we least expect to.

Jack Lynch is a professor at Baltimore Law.