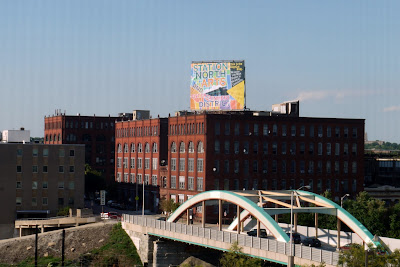 From the upcoming Langsdale Link:

Aiden Faust, digital collections librarian in Special Collections, has received a Baltimore Renaissance Seed Scholars Fund Grant for his proposed oral history project to document the involvement of artists in the development of the Station North Arts and Entertainment District of Central Baltimore.

Ten years have passed since one hundred acres of the Charles North and Greenmount West neighborhoods were officially designated the Station North Arts and Entertainment District. Station North represents a collaborative effort on the part of state and local governments and institutions to transform a former industrial area of Central Baltimore through culture-led revitalization.

Aiden will interview artists who have collectively purchased their live/work studio spaces in the area. After researching and interviewing participants, the audio recordings will be transcribed and archived in the Special Collections Department at Langsdale Library. Multimedia elements of the project will be incorporated into a web presence that will make these oral histories available for future use by students, researchers, and the general public.