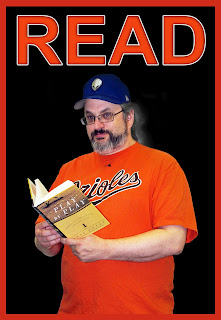 I love a good reference question. One where the answer is not obvious and requires a bit of digging. It is like a puzzle to solve: Where might the information be found? How can I find it?

At my first library job, working for a business consulting company, I learned about the value placed on good information and research skills. One of my all-time favorite reference questions came via a phone call from the firm’s CEO. He was with a client and needed to know what percentage of people typically renewed their auto insurance with the same company, and he was going to call me back in 10 minutes to get the answer. Oh, and he needed it to be from a reliable source.

After I left the fast-paced world of corporate librarianship and as more and more information became available on the Internet, the role of a librarian—both for me personally and for librarians in general—began to change. Being able to search is still important, but with so much information available, one can almost always find some information. Unfortunately, it is not always the best information. Librarians today often find themselves spending more time teaching people how to evaluate the information they do find. This is a skill that can only become more valuable in the future.

We asked Michael some questions about himself, here are his responses:

Q: What was the first book you remember reading?
A: My earliest memory about books concerns Dr. Seuss. I don’t remember which book of his I read first, but I do remember being struck by the number of books he wrote. No matter how many Dr. Seuss books I read, there seemed to always be more of them. My friend and I made a game of going to the library to look for Dr. Seuss books we hadn’t read yet and saying to each other, “Another Dr. Seuss book,” with a tone of mock disbelief whenever we found one.

Q: When did the subject of your display case [baseball] become an interest?
A: I think my appreciation of minor league baseball started in 1993. That year was the inaugural season for the Bowie Baysox, but the stadium in Bowie was not completed until 1994, so they had to find a temporary home. That home turned out to be the old Memorial Stadium on 33rd st that had been abandoned by the Orioles, who moved to Camden Yards in 1992. Not surprisingly, attendance that year was fairly low, so they decided to allow people to enter the stadium for free after the 5th inning. I would sometimes listen to the game on the radio and head out to the stadium after the 5th inning to watch the end of the games.

Somehow, the atmosphere was very close to the idyllic image of baseball being played in a field on a warm summer day. I imagined that most of the people playing were doing it for the love of the game, for even at that level very few would make it to the big leagues. The stadium was decked out in advertisements and they would have silly events in between innings to try to keep people entertained. Even in a stadium that had been the home of the Orioles and Colts, minor league baseball had a small town kind of feel.

Another amusing thing about Minor League baseball is the team mascots. Because the teams had little control over the players, they would come up with all kinds of different ways to market their product, and one of the prime ways to do this is to have a lovable mascot. So I whenever I would go to a minor league game in a different town, if they had an amusing hat, I would buy one, and after a while I built up a small collection. For my next hat, I am aiming for a Richmond Flying Squirrel.

Q: Tell us three facts about you, but make one not true, and let us guess.
A: I was married at the Maryland Renaissance Festival.
I have a full set of armor that I used in several SCA [Society for Creative Anachronism] battles.
I played classical guitar on the Cunard line cruise ship QEII.

Q: What is one of your favorite quotes?
A: “In theory, theory and practice are the same. In practice, they’re not.” -unknown author, although most often attributed to computer scientist Jan L. A. van de Snepscheut, Albert Einstein or Yogi Berra.

Q: If you could be any fictional character, who would you choose?
A: Rupert Giles

Q: If you could paint a picture of any scenery you’ve seen before, what would you paint?
A: There are several gorges in Ithaca, NY. When I was living there, there was one spot in particular (which happened to be near the home of Carl Sagan) that overlooked one of these gorges, so you could see the waterfall, but it also overlooked the city of Ithaca itself. Thus it gave a view of natural and human activity co-existing side by side, but in a way that somehow seemed harmonious rather than destructive.

Q: What was your favorite food when you were a child?
A: Brownies.

Q: Who was president of the United State of America when you were born?
A: Lyndon Baines Johnson

Q: If I did not work in a library, I would …….
A: Be an announcer for minor league baseball games.

And finally, we asked Michael to suggest some of his favorite titles of books and DVDs. Most of these can be found in our collection: