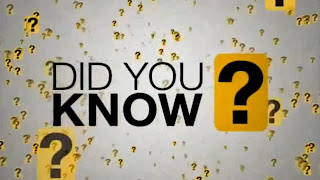 According to the World Record Academy, the smallest library is located in Cardigan, Canada. It is roughly 3.5m x 3.5m and holds 1,800 books. There is no librarian on staff, it is simply run on the honor system and a lifetime membership is $5.00.

The Guinness World Records shows the largest fine for an overdue library book is $345.14 for a book due back on April 19, 1955. Emily Canellos-Simms found the book, Days and Deeds, in her mother’s home and returned it 47 years later along with payment for the late fee.

The library highest above street level, according to the Guinness World Records, is located in the JW Marriott Hotel in Shanghai, China. It is roughly 757ft. and 6 in. above ground.

The Seattle Public Library in Seattle, Washington created the longest book domino chain to kick off the summer reading program. According to the World Record Academy, it took 7 hours and 27 volunteers to set up 2,131 books to shoot into record breaking status.

Speaking of books, the smallest book to ever be printed is titled Flowers of the Four Seasons and according to Guinness World Records, measures .74 mm. x .75 mm. and was printed as a limited edition of 250 copies. The 22-page book is sold with a magnifying lens and the larger-print version. In June of 2013, only 149 copies had been sold, so hurry out and get yours today!

In contrast, the largest book, according to the Guinness World Record, is 429 pages and entitled This is Prophet Muhammad, measuring 5 m. x 8.06 m. It weighs roughly 3,306 lbs. and contains stories about Islam’s Prophet Mohamed.

A not so surprising fact is the fastest selling book title, Harry Potter and the Deathly Hallows. According to the World Record Academy, 15 million copies, give or take a few, were sold in the first day alone.

If these facts don’t encourage you to visit your favorite library or pick up your favorite book and awe at its marvel, you can find more information at www.worldrecordacademy.com or www.guinnessworldrecords.com