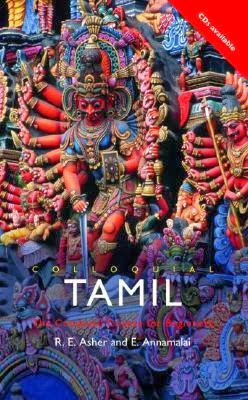 Growing up, my best friend was (and still is) Bharathi Vallalar. We were two years old when we first met. The story goes, I was sitting inside the rinky-dink apartment I called home, staring off into space and feeling suffocated by boredom. I whined to my mom about how I had no friends, and she looked out of the window and as usual gave great advice.

“You have to be friendly to make friends,” she announced as she pressed her pointed finger against the glass. “So why don’t you go outside and play with that boy?”

A friendship was born.  Fate brought Bharathi and his family out of South India and into the Twin Oaks apartment complex in Lafayette, Louisiana. His father knew a fair amount of English and took the time to practice the language with his son. We spent every waking day together and more often than not got into some kind of mischief. (One time we used my watercolor-paint set to decorate the neighbors front doors.) When we turned four, Bharathi’s mother came to be my weekday sitter. Unlike her husband, Mrs. Ponita had never studied English and had to pick up the language day-to-day. Many times my bosom buddy served as a translator for his mother. As a little kid, I remember listening to Bharathi and Mrs. Ponita converse in their native tongue of Tamil and feeling jealous.

What are they saying? Why can’t I understand them? I want to learn speak like them too.

I occasionally fantasized that I’d somehow learned the language and could randomly chime in on one of their conversations and get to see the look of shock on my friend and his mother. I kept thinking about how cool it would be to speak like them.  I even asked my friend to teach me how to speak “Indian,” but of course we always decided to spend our time playing Batman and Robin or pretending to be James Bond on another secret mission.

To this day I’ve been envious of my BFF (who is currently getting his PhD in Geobiology at the University of Illinois at Chicago), wishing that my parents were bilingual and that I’d grown up speaking two languages. Why couldn’t I’ve learned Cajun French? I grew up near the bayou and the Atchafalaya Basin for heaven’s sake (then again, I don’t need subtitles to understand the Cajun accents on the History Channel’s hit series Swamp People).

Nevertheless, I’m not a fool to the obvious. My friend’s family moved to a new country and needed English to function and thrive in America. Yet, to this day I feel as if I’ve missed something. It’s no stretch to say, it’s generally easier for young children to learn multiple languages. I spent two years in high school learning Spanish and my vocabulary is probably smaller than a serial viewer of Dora the Explorer. I did spend three years in college learning Russian, but at best I’d only mastered the most basic expressions: Извините, где Кремль? Cпасибо! (translation: ‘Excuse me, where is the Kremlin? Thank you!’)

But now more than ever, I’m motivated to learn a new language. In the summer of 2013, my wife and I decided that we wanted to adopt a baby girl internationally. Our first choice was Russia, but thanks to Vladimir Putin that’s no longer possible. So we went with the next best thing and chose the Republic of Georgia.

As soon as the paperwork was signed to begin our adoption journey, I went shopping on Amazon for the latest Rosetta Stone. The adoption would require us to stay in ROG for three weeks, and God forbid I was going to make the trip without being able to at least poorly communicate with the residents. It didn’t take long to discover that a Rosetta Stone for Georgian doesn’t exist (but you are in luck if you’re looking for lessons in Urdu, Polish or Pashto). I stared at my laptop sighing in defeat, knowing I’d have to learn this new language the old fashioned way: books. So I bought Beginner’s Georgian by Dodona Kizirea and have been plowing away through the lessons ever since. I’m nowhere near being a competent speaker. ვლაპარაკონ ქართულად, მაგრამ ცუდად. (trans.: ‘I speak Georgian, but poorly.’) But I’m quite proud of myself and what I’ve managed to learn. I commit 30 minutes a day to repeatedly reading the sample dialogues given in the book, practicing the lessons again and again until it’s burned into my head so hard I’m reciting lines and phrases while I’m showering. But at least I’ll be able to read the road signs, ask for directions, order food and thank the dear workers at the orphanage for taking care of our little girl. Who knows how much knowledge I’ll be able to soak in before we make our flight to Tbilisi, but whatever I’ll have learned I will owe to Miss. Kizirea and her little book.

And when all of this is said and done, I may even pick up Annamalai and Asher’s Colloquial Tamil: The Complete Course for Beginners. Then perhaps the next time I’m visiting Bharathi in Chi-town I can drop a few lines in Tamil and finally make one of my childhood dreams come true.