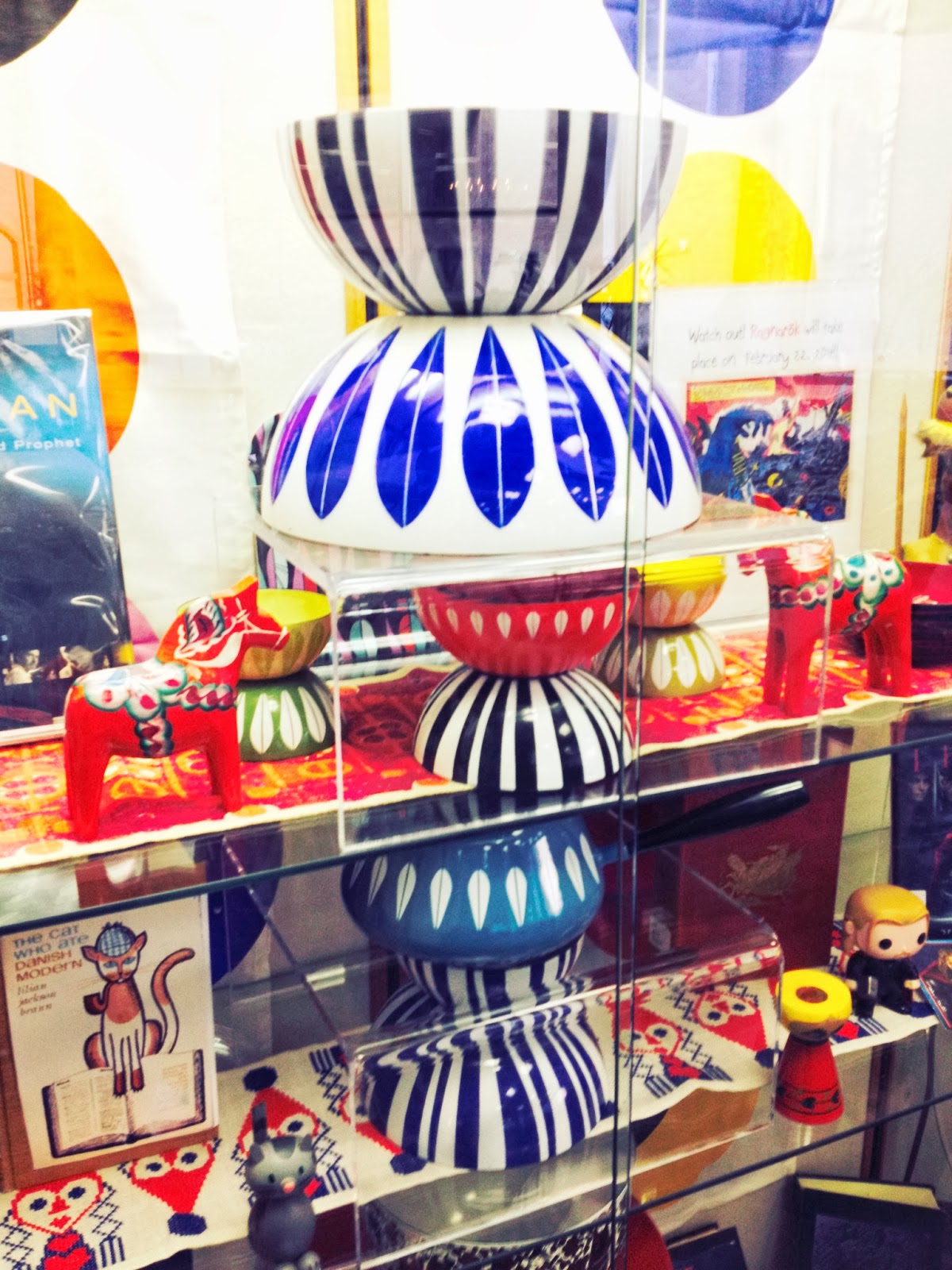 Hold onto your hats, Ragnarok is upon us! When designing its case display for February, Langsdale wanted to tip its hat to this catastrophic event foretold in Norse mythology, hence the Scandinavian theme we’ve got going on behind the glass. Ragnarok is the Viking apocalypse according to modern-day Viking scholars, and they have pinpointed February 22, 2014 as the day when certain doom will commence. The wolf Fenrir kills the god Odin to kick things off. Other happenings prognosticated: all other Norse gods (like Thor, Loki and the like) will fall; Ragnarok will be preceded by three consecutive winters (does the really snowy weather we’re having count as three winters worth? Doubtful.); and, the “Midgard Serpent” will emerge from the sea and wrap itself around earth. Yikes!

Well, if all that is true, time is running out for you to enjoy our colorful celebratory case display, featuring reads and flicks about and from Scandinavia. Also on exhibit are decorative items on loan from the personal collection of Circulation staffer Adele Marley (yours truly), such as vintage, teak Viking figures from Denmark; Dala horses from Sweden; Cathrineholm enamelware from Norway; Finel enamelware from Finland; textiles from Finland, Denmark, and that distant realm known as Ikea; and, Thor and Loki toys. Hopefully Ragnarok won’t put too much of a damper on your weekend. 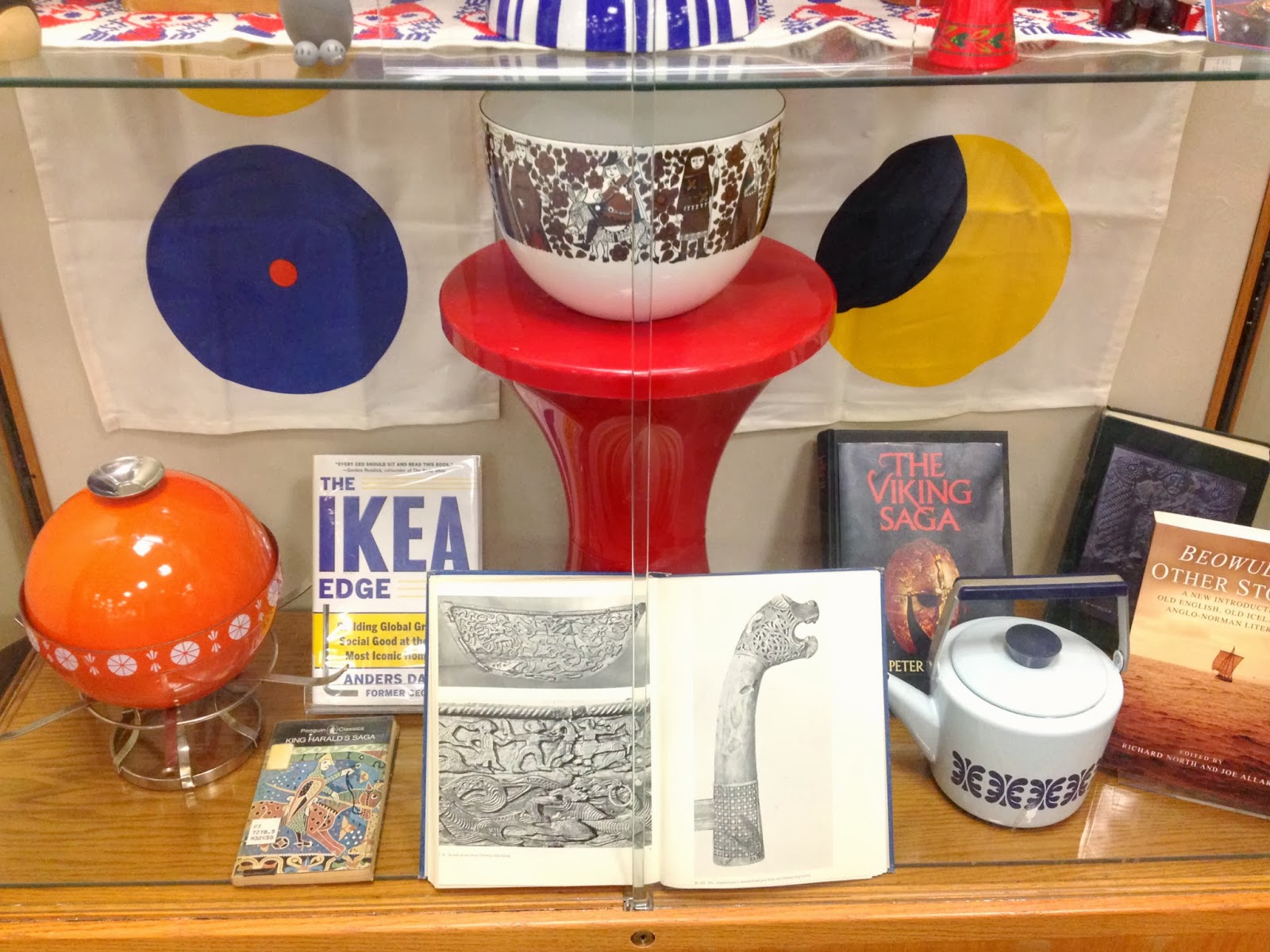