In 2016 the Joint Chiefs of Storytime Underground, a collective of children’s librarians, stated “Librarianship is not a neutral profession, and libraries are not neutral spaces.” This was specifically in response to criticisms of book displays related to the Black Lives Matter movement, but it also highlighted the ongoing role libraries play as champions for social justice, inclusiveness, and equal access.

A group of librarians created a #LibrariesResist resource list for information professionals and the public to promote “free, unbiased and accessible sharing of all types of information.”

Building a #LibrariesResist movement & https://t.co/mISNobvRlC resource. If #ParkRangers can do it, so can #librarians. Join us!

Recently, libraries, museums, and cultural and scientific organizations took part in the #DayofFacts Twitter campaign on February 17, to support the *shocking notion* that facts matter. 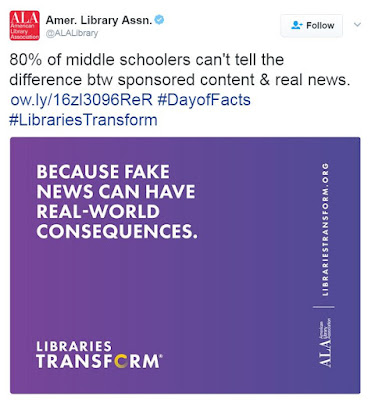 Are these radical actions? It shouldn’t be outrageous or controversial for libraries to be places of learning and provide access to all, regardless of race, age, gender identity, national origin, religion, sexual orientation or disability.