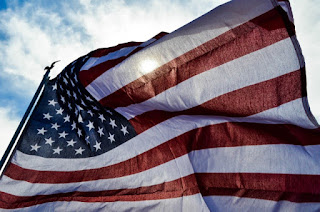 Photo courtesy of Jared Campbell Photography
On Facebook
As we get ready to celebrate Memorial Day with a long weekend let us take a moment to reflect on why we have this extra day off. It is easy enough to confuse Memorial Day with other holidays, and even easier to be foggy on what it is all about or even how it started. In my youth I thought Memorial Day was a day to remember everyone who had died, in war or otherwise, although I am positive that my dad told me the facts. He was a war veteran after all. But, once you get older and realize that somehow what you remember as a child isn’t exactly what the truth really is, you feel embarrassed. So some time ago I decided to research it myself and here is a little of what I found out.
Memorial Day started out as Declaration Day just three years after the Civil War ended. It was a day set aside in order to decorate, with flowers, the graves of those who had died during the war. The first large observance was held in 1868 at Arlington National Cemetery. Over the years various other cities across the nation, both in the North and South, have held their own ceremonies and observances, several claiming to be the first. Some Southern states even held their own Confederate Memorial Day on the last Monday of April. Finally, in 1966 Congress declared Waterloo, N.Y., the “birthplace” of Memorial Day.
The expansion to include those who have died in all American wars did not happen until after World War I. And, it wasn’t until 1971 that Congress made Memorial Day a National Holiday putting it on the last Monday in May. The latest law passed by Congress regarding Memorial Day was the “National Moment of Remembrance Act,” P.L. 106-579 in December 2000. This law was designed to encourage us, the people of the United States of America, to take a moment to remember those that died for our country and our freedom.
So, this Memorial Day, wherever you are and whatever you are doing…. At 3:00 pm local time….
STOP…PAUSE…BE SILENT…REMEMBER.
But most of all…
HONOR
those who fought for everything that we hold dear and seem much too often to take for granted….
OUR FREEDOM.
Then…
CELEBRATE! ! !
Because you know they would want us to be happy and proud of what they worked so hard for us to have.
HAPPY MEMORIAL DAY!!!
http://www.va.gov/opa/speceven/memday/history.asp